It has now been 9 months since the start of pandemic season in March 2020, and I don't have to tell you about all the negative impacts that has had on everyone and everything.  You know it sucks, and I don't want to write about that.  After a couple months in, I settled into a routine and did my best to just live day to day and accept the good days along with the bad.  Until recently though, I hadn't really given much thought to the After Times.  As of today, several vaccines have distributed for the first uses, and it seems like this ordeal may be at least halfway done, so my thoughts have turned once more to the future.

Of course, it isn't going to be as simple as step 1) get vaccinated, step 2) everything is back to normal-- at least 60% of the population has to be immunized before society can regain a sense of normalcy.  Once that threshhold is reached, however, I'm going to buy a ticket to visit my home in New Hampshire as soon as I can-- or at least arrange for my family to visit me here.  I love living in Amsterdam, and as near as I can tell, my future is in central Europe with Ania.  But for as many things I dislike about the US, I will never stop loving the forests and hills of New England, quaint coastal towns like Portsmouth, or mediocre iced lattes from Dunks.  As the holidays near, I've also found myself a little out of step with the holiday spirit, probably because my sister Amanda usually produces enough Christmas enthusiasm for my entire family and then some.  Plus, my dad decorates every room in the house to a ridiculous degree, even setting up two smaller Christmas trees in addition to the enormous main one in our living room.

This year Ania and I are spending the holidays with her family in Poland before we head back to Amsterdam for the next term, but I don't think any holiday celebrations in Europe compare to how hard my family goes for Christmas-- it's a little crazy, to be honest.  I am hoping to make a trip back home to New Hampshire some time in the next year or two after all of this clears up, but that's not the only place I plan to visit.  Now that I'm permanently based in Europe, there are many places I would love to see, whether for work at film festivals, gigs, and conventions, or for vacation.  Among the cities on my list are Kraków, Wrocław, Hamburg, Kiel, Mainz, Prague, Brussels...  I haven't yet had the chance to visit Scandanavia or southern European countries like Italy or Greece either-- not to mention I have promised a certain persistent saxophonist named Phil that I will pay him a visit in Iceland as soon as I have any spare money to do so.  I've been lucky enough to be able to move to the Netherlands despite the near-impossible conditions in which it happened, but I do still miss the novelty of traveling to new places and experiencing new cultures.

There are a lot of simple things I, like many others, took for granted before this year.  Right at the top of that list for me has to be live performances-- playing gigs, seeing friends up on stage, feeling the full might of an orchestra in a perfectly engineered acoustic hall; I miss it more than I can fully express with words.  About a month ago, one of the orchestras at the Conservatory hosted an open rehearsal for a limited number of other students to attend.  They were rehearsing Rachmaninoff's Piano Concerto No. 3, which first premiered in New York in 1909 with Rachmaninoff himself as the featured soloist.  In order to prepare himself for the performance, he practiced constantly, even using a silent keyboard on which he practiced while traveling from Russia to New York for the premiere.  A few years ago, during my undergraduate studies in Miami, I attended rehearsals and concerts nearly every day and I was always immersed in live music.  Back then, either my appreciation for orchestral literature was not what it is today, or I was desensitized by how easy it was to hear live music; however, during this performance of Rachmaninoff's Concerto last month, I felt such a thrill in my whole being that it was as though I had emerged from hibernation after a long winter in some dark cave.  No matter how high quality my headphones are or how amazing a YouTube livestream performance might be, nothing compares to the feeling I get being in the same room with musicians all creating something so unique and beautiful as a live performance.  So, needless to say, among the first things I will do once it is safe is to go to as many performances as possible, and to play with other musicians as much as possible.  Normally Amsterdam is a hotspot for music with venues like the Bimhuis, Concertgebouw, and the Conservatorium bringing in amazing musicians from all over the world, and I'm not going to let that slip by as my time living here carries on. 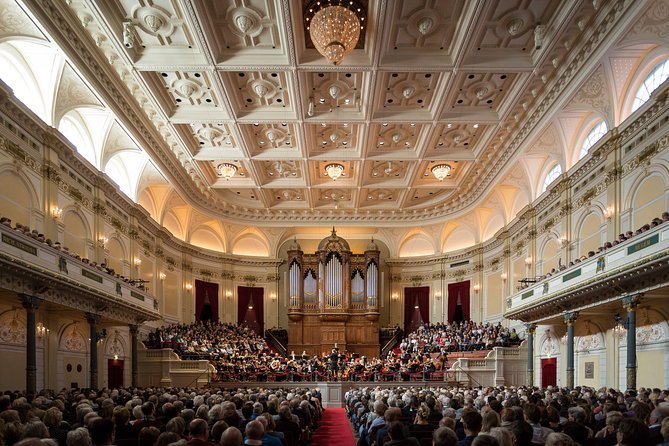 Like most grad students, cafes and bakeries are my natural habitat.  A smooth cup of coffee and a pastry are practically a prerequsite for me to do any work at all, and while I can manage just fine at home, a change in environment often helps me to build up motivation and get more work done.  There are unique cafes on practically every corner in Amsterdam, and almost all of them offer delicious blends of coffee (while I could name on one hand all of the decent cafes near where I lived in New Hampshire or Miami).  If you have the chance to visit Amsterdam, I would recommend some Dutch chains like Joe & the Juice and Bagels & Beans alongside individual cafes like Drupa Coffee Roasters in Jordaan (which makes some of the best sweet rolls I've ever had), Esspressofabriek in Westerpark or near my new apartment in Ijburg, or LOT61 Coffee Roasters near De Hallen.  As for bakeries, I've frequented several spots around Amsterdam-- Tom's Bread and Boulangerie Noé are my go-to spots in Jordaan, and when I can get around to other areas of the city I enjoy Bakkerij Westerbos, Effendy Bakery & Cafe, and De Bakkerswinkel, which has multiple locations.  Unfortunately, I haven't really had much opportunity to stay and study at any of these locations.  Needless to say, that will be high up on my list as the weather warms this spring. 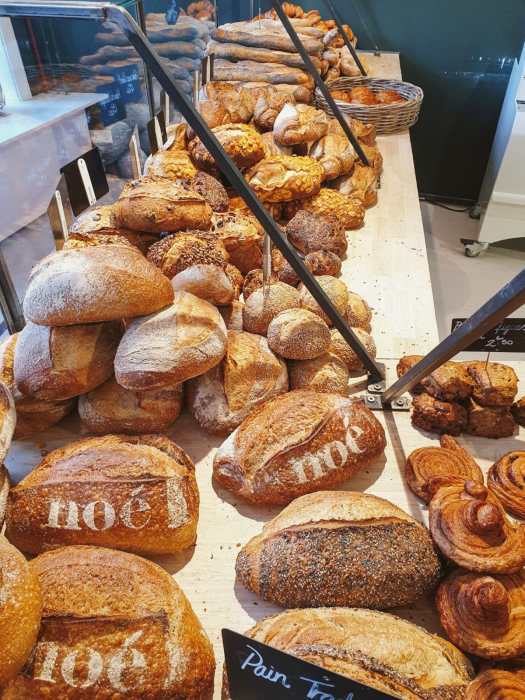 At the beginning of my undergrad in Miami, I met almost the entire jazz department within a month and immediately had more than 30 new friends in my graduating class to get to know over the years.  Each year saw one older group leave and a new crop of freshmen and grad students come in, and as a result of that, I now know some amazing musicians of every instrument from all over the US and beyond.  This year, however, I could probably count the number of people I've met and gotten to know beyond a first name basis on one or two hands.  The film music program at CvA consists of me and 3 other first year masters students, plus the 2nd year students with whom we have little interaction.  One of the other students in my class still hasn't even arrived in Amsterdam, and has been stuck in his home country of Ecuador dealing with visa issues and travel restrictions since he was accepted into the program last June-- luckily he is finally on his way to Amsterdam (but just in time for a new monthlong country-wide lockdown).  Aside from the other film composers, I've had brief contact with some of the 3rd year bachelor students from the Film Academie in our shared sound design classes, and I've met a few other students in the jazz program.  Because of the covid restrictions in place and because of how much socializing is discouraged, I've barely had a chance to meet new people at all.  Case in point, a few weeks ago I was waiting for a friend to come down from his practice room at CvA.  I had a few minutes to spare and I saw a few people I knew sitting in the cantine in the lobby of the conservatory, so I sat with them to chat a bit, as I had just been to one of their performances the previous night to assist in filming the concert and wanted to ask them about some of the pieces they played.  After just a minute of talking, a security guard came to our table and told me I had to leave because I wasn't eating food, and people were apparently only allowed to sit at the table if they were eating.  So, I suppose this isn't a specific After Times bucket list item, but I think I would prefer to deal with my social anxiety and meet new people rather than completely cut socializing out of the picture the way that 2020 decided for me.

What has this year changed drastically in your life?  Will you do anything differently once the pandemic has ended?